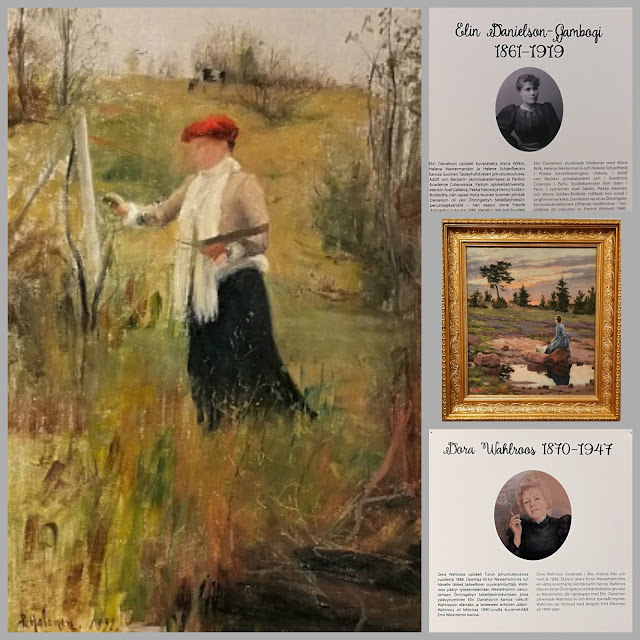 The best place in the world to paint presented artist community in Önningeby, Åland
Collegiality between artists began in France and developed into a versatile international phenomenon during the 1870s. A colony of Finnish and Swedish artists emerged in Önningeby, Åland, during the summers at the end of the 19th century. Önningeby's artist community has often emerged when reading artist biographies. Last summer, I read about Elin Danielson-Gambogi, who was a frequent visitor in Önningeby. Here I show you some of her works. She married Italian painter Raffaello Cambogi and lived the rest of her life in Italy.

I was interested especially of the art of Elin Danielson-Gambogi and her and Dora Wahlroos' wild triangle drama. It happened that Dora, who had come to visit Elin in Italy fell in love with Raffaello, Elin's husband. The sharp fictional correspondence about this drama was fantastic reading in a recent Finnish novel. 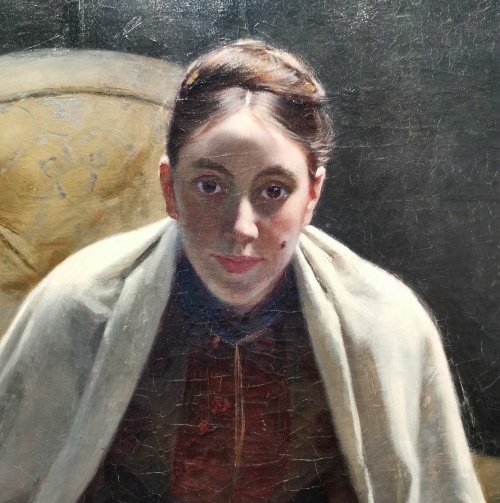 To my delight, several works by Danielson-Gambogi were on display.
This large size portrait of Hanna Westerholm was gorgeous.
The hair was like living human hair! 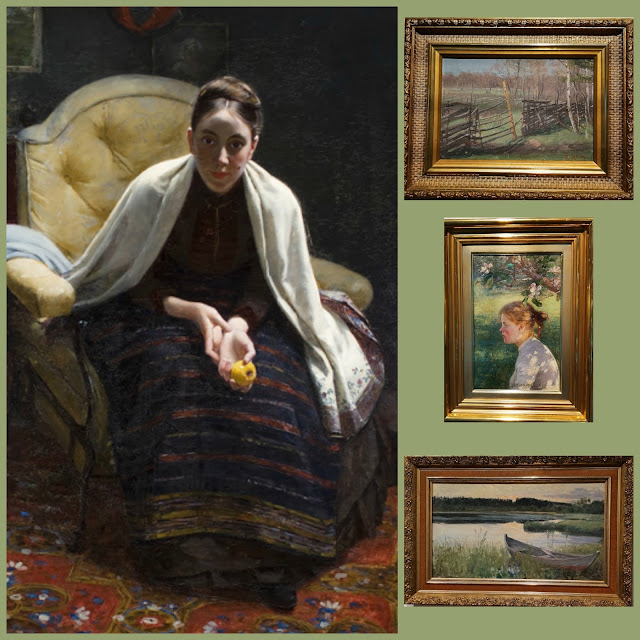 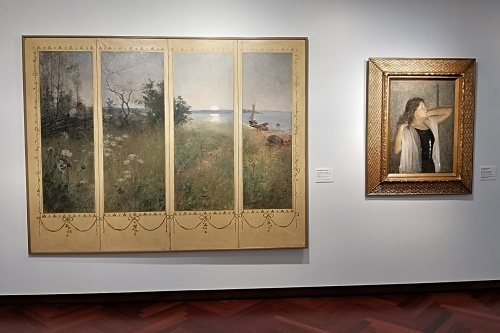 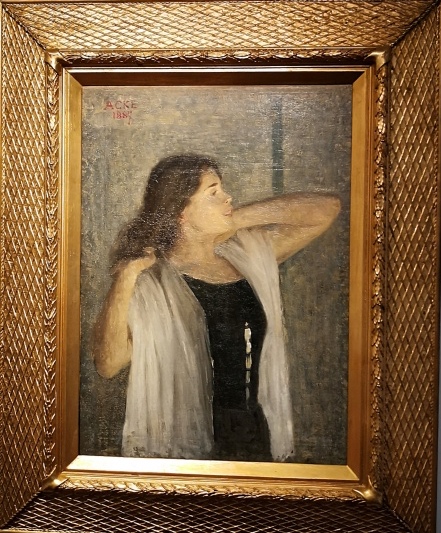 Underneath two Elin Danielson-Gambogi’s works that I have seen elsewhere. 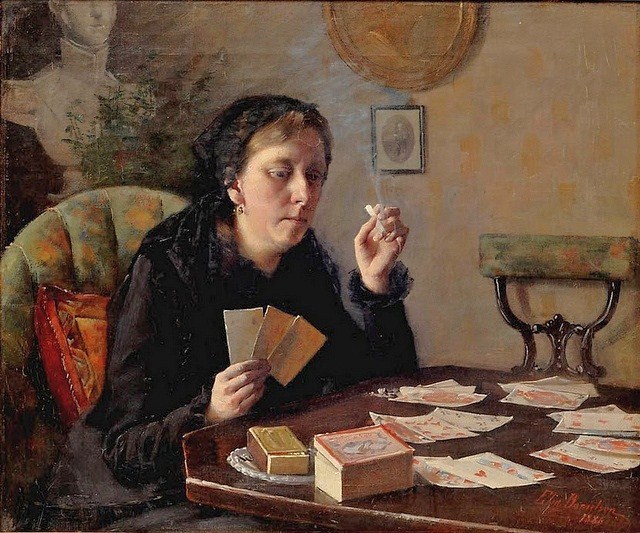 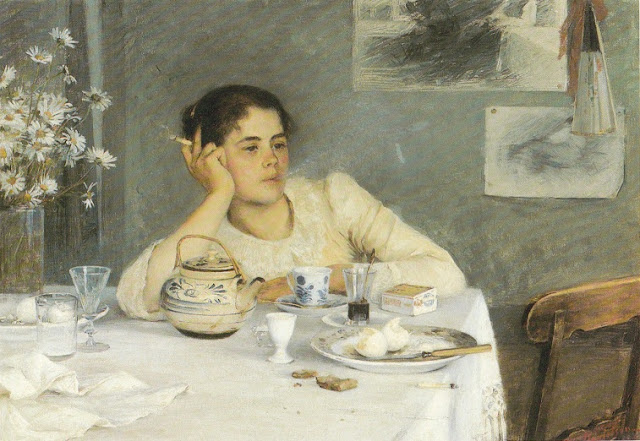 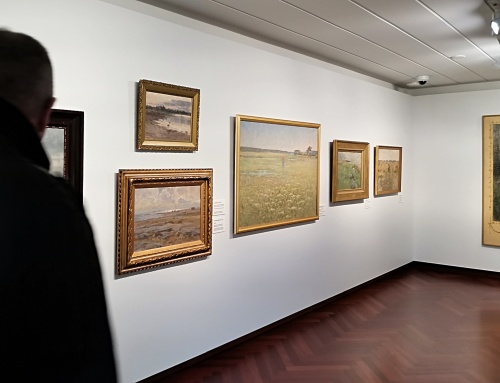 Two general views from the exhibition and works of other artists. 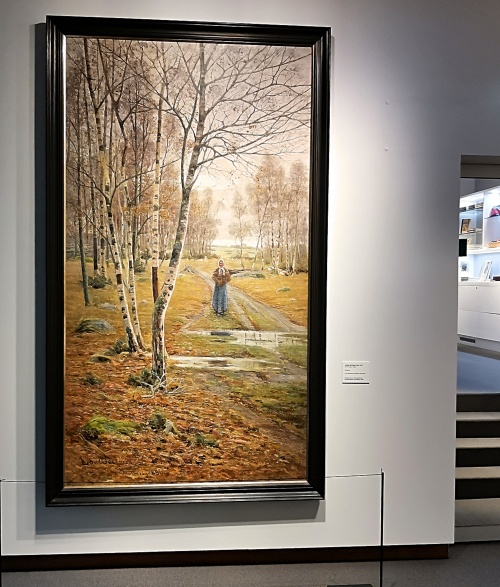 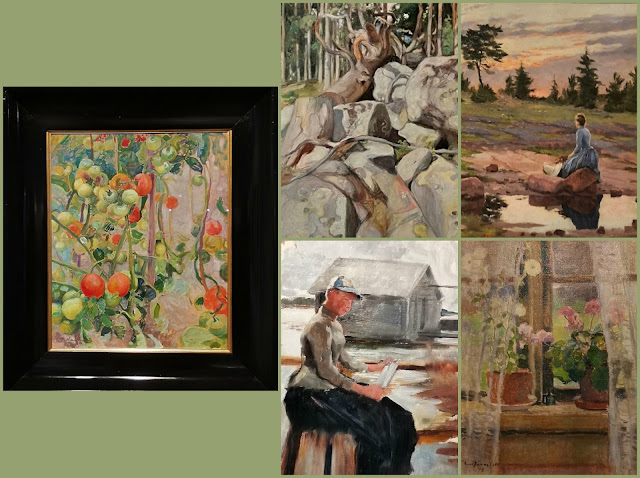 The lyrics of this folk song from Åland are in Swedish and they say:
Who can sail without wind, Who can row without oars,
Who can be separated from a friend without tears?