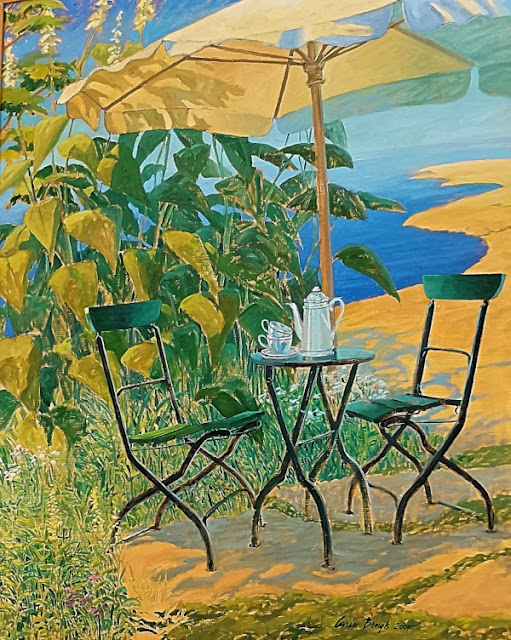 To many like me, seeing a dentist is not a nice thought or experience.
In January I was pleasantly surprised seeing my dental hygienist in a new place.
The waiting room was light & airy & beautiful and on the wall there were
these sunny paintings which reminded of summer or vacation!
It seems I have cut away all dental stuff being not so photogenic :) 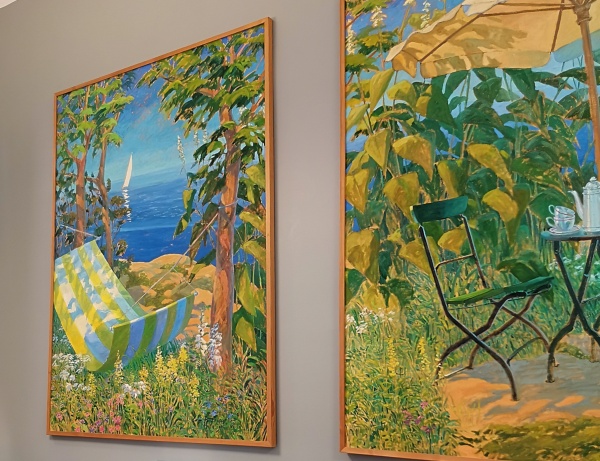 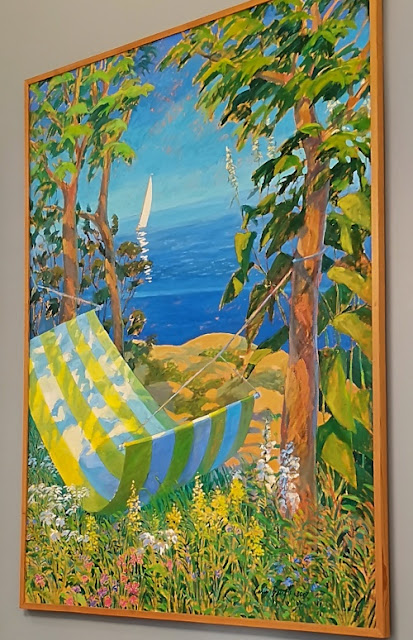 Today we celebrate our national poet Johan Ludvig Runeberg (1804-1877).
These traditional Runeberg pastries are sweet & fattening but so good! 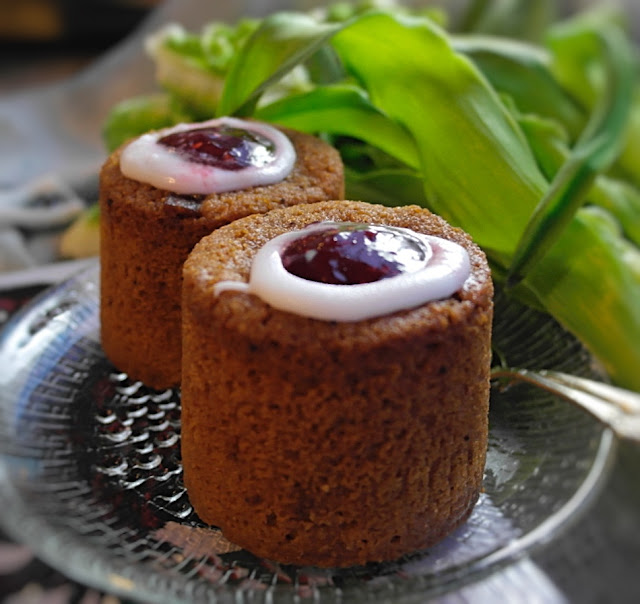 Runeberg's heroic poem The Tales of Ensign Stål is considered the greatest Finnish epic poem
outside the Kalevala tradition and contains tales of the Finnish War of 1808–09 with Russia.
In the war, Sweden lost Finland, which became a Grand Duchy in the Russian Empire.
The first poem Our Land became the Finnish National Anthem, composed by Fredric Pacius.