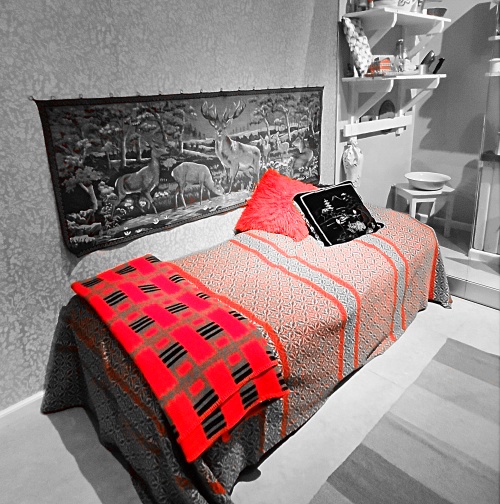 The permanent exhibition at Helsinki City Museum presents nostalgic memories of the 1950s.
Some of us remember how modest the homes looked at back then. 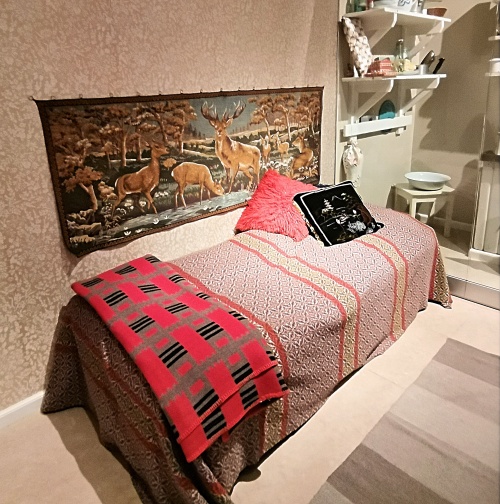 From my childhood home I remember gobelins like this and cushions
and blankets with these patterns! 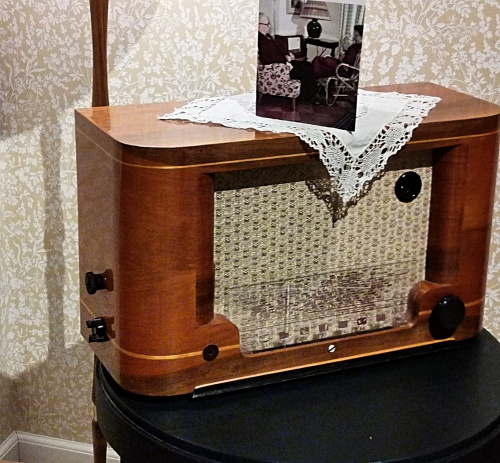 My father used to listen to sport transmissions with a similar radio. 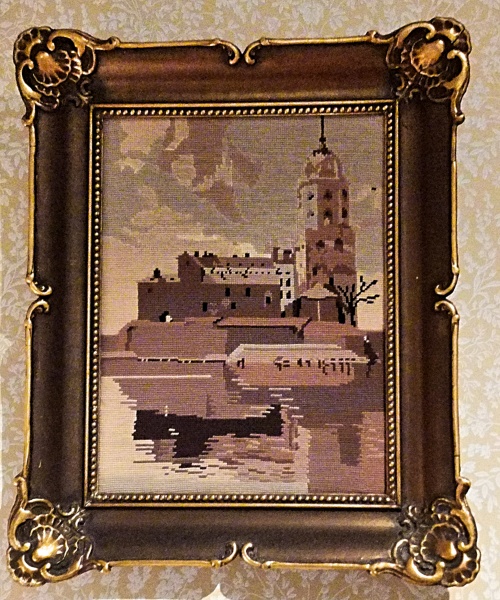 A very popular cross stich pattern was the castle of Vyborg.
My mother had stiched a similar one too. 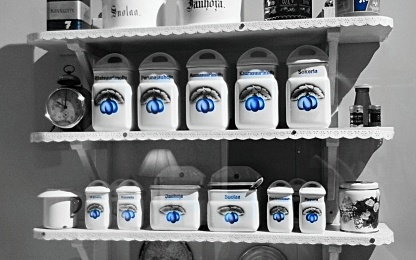 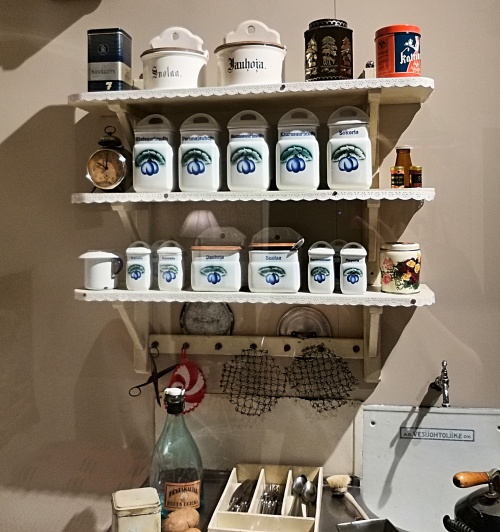 Plum series by Arabia dates also back to 1950s.
They are popular collection items. Photo below: Miantica 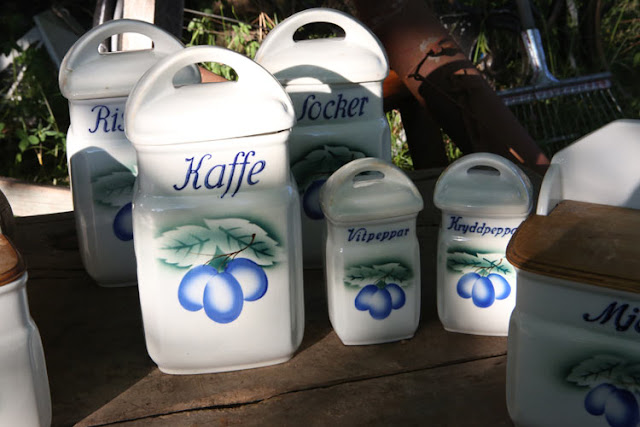 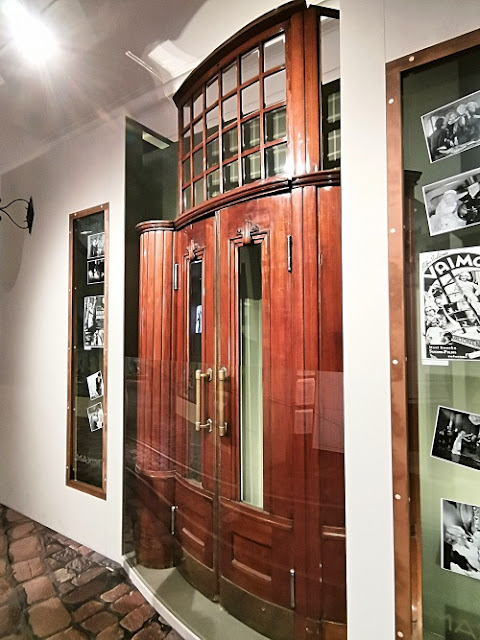 A beautiful entrance door. I think it belonged to some cinema.

Elanto was an important cooperation store chain in Helsinki.
There was an Elanto shop in every corner, that’s where the saying:
Spreads as Elanto! 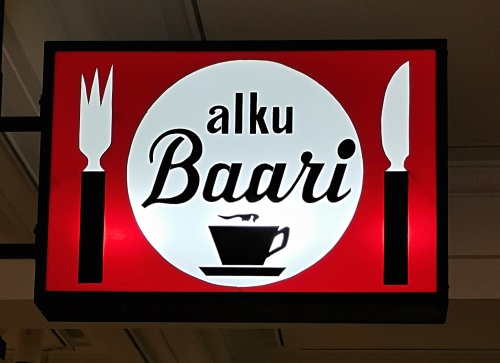 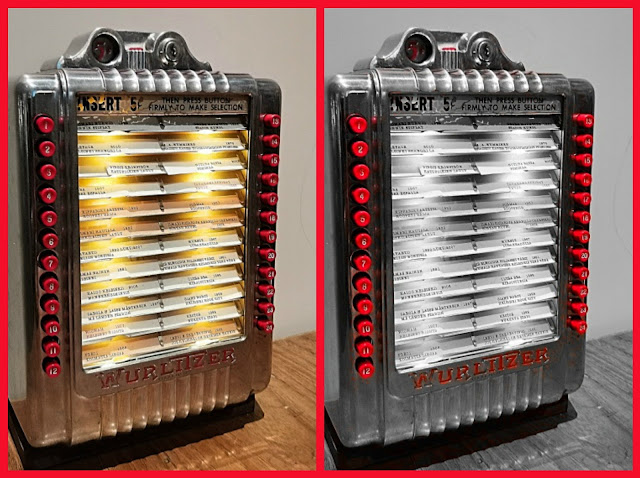 Jukebox with C-cassettes in a bar / diner. 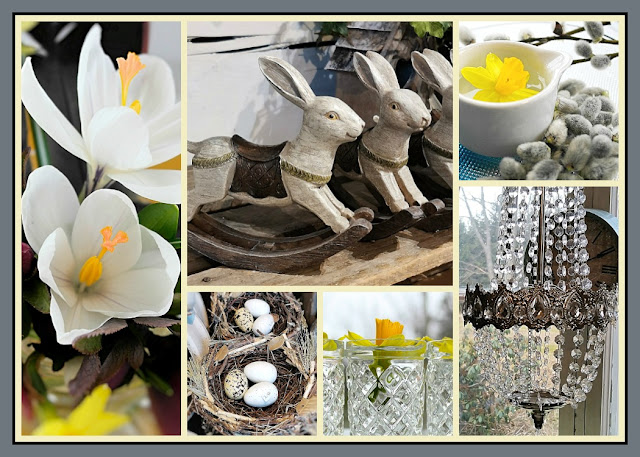 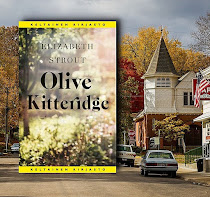 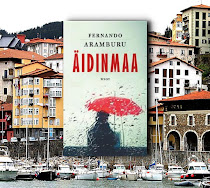