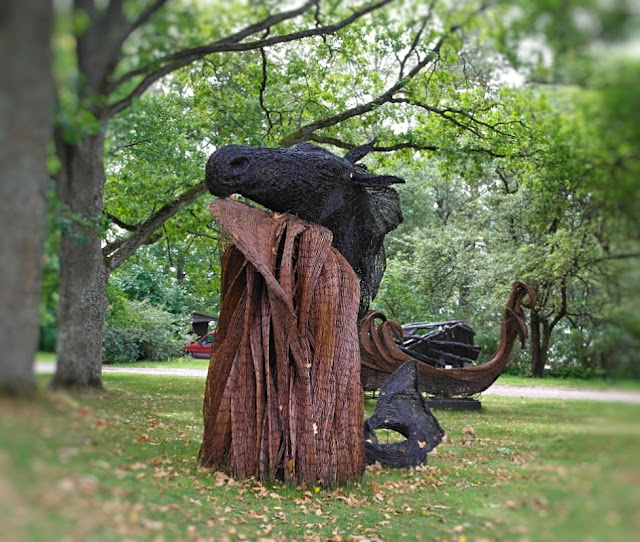 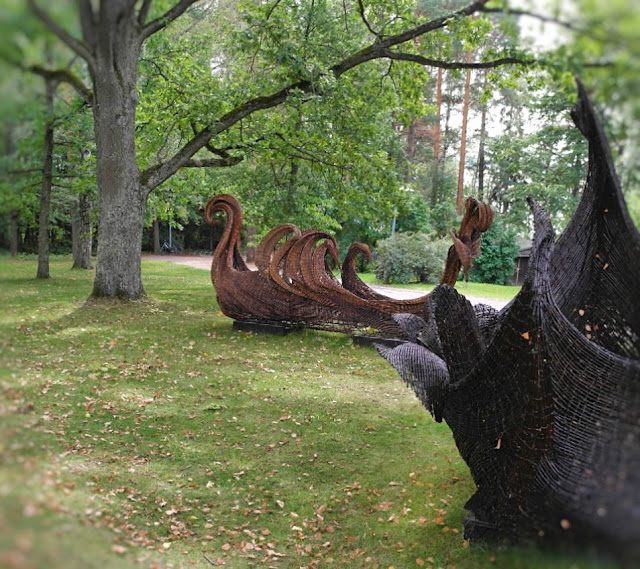 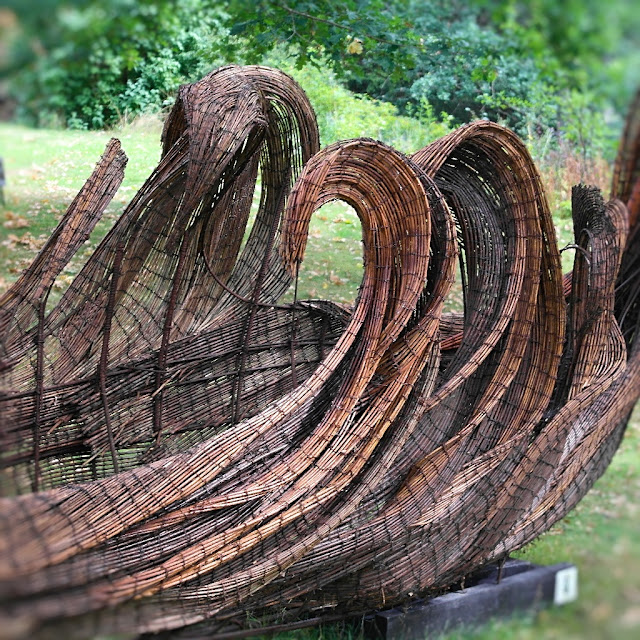 The Black Swan - is called the fabulous outdoor art exhibition by Jenni Tieaho (b. 1969) situated in the yard of Akseli Gallen-Kallela Museum. Inside the atelier building there is an exhibition The Inner Eye. The curator of the exhibition is Nina Kokkinen, a researcher of art and religion and the exhibition is largely based on her published doctoral dissertation. Tieaho's mythological animals fit the esoteric theme brilliantly. Btw. Cygnys cygnus is Finland's nationl bird.

Black swan and other strange visions

Tieaho's stunning sculptures show dreamlike works of swans and human animals. The materials used are mainly natural such as wood, tar and willow parts of Finland's natural plants. The starting point for Tieaho's work is Finnish mythology and mythical animals. The swan character has a lot of symbolism, beliefs and myths. In the ancient beliefs of the Baltic Sea tribes, the swan was humanized and sacred. Swan was believed to be interconnected between this world and the world beyond. In the Kalevala, a swan swims in the black river of Tuonela, and when it leaves, Lemminkäinen loses his life. Jean Sibelius has a composition under the name of The Swan of Tuonela. 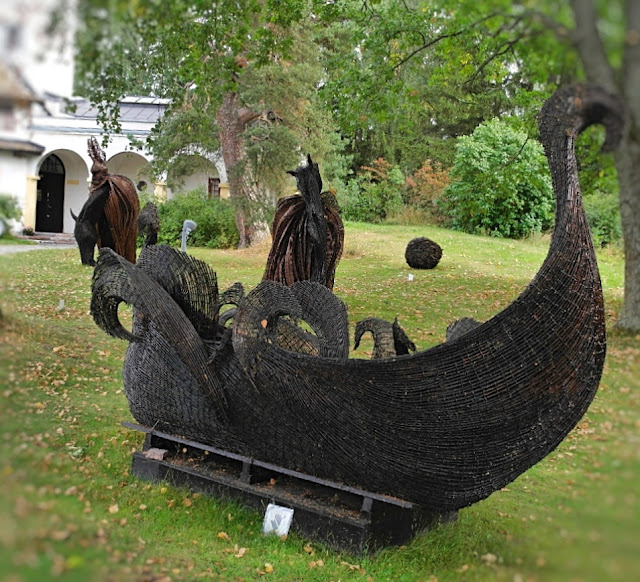 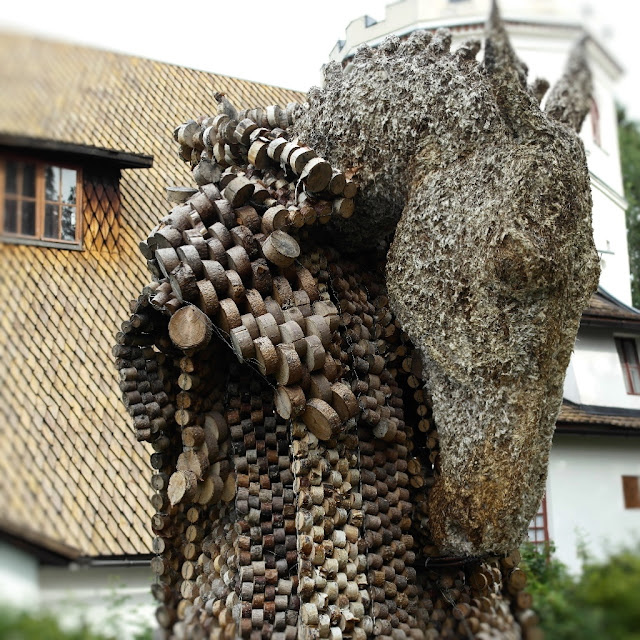 Humanized / Mythological Horses
In addition to swans, the exhibition features horse figures made up of wooden braids and milkweed autumn wool. Horse is a symbol of freedom and a bridge to the subconscious. In Tieaho's human horse characters, man gets the animal's senses and animal man's intelligence. The equine character represents the perfect merging of conscious and instinctive. 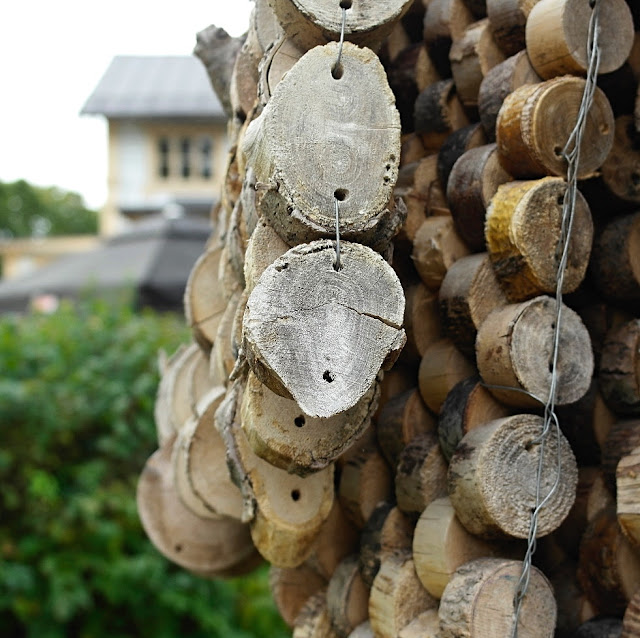 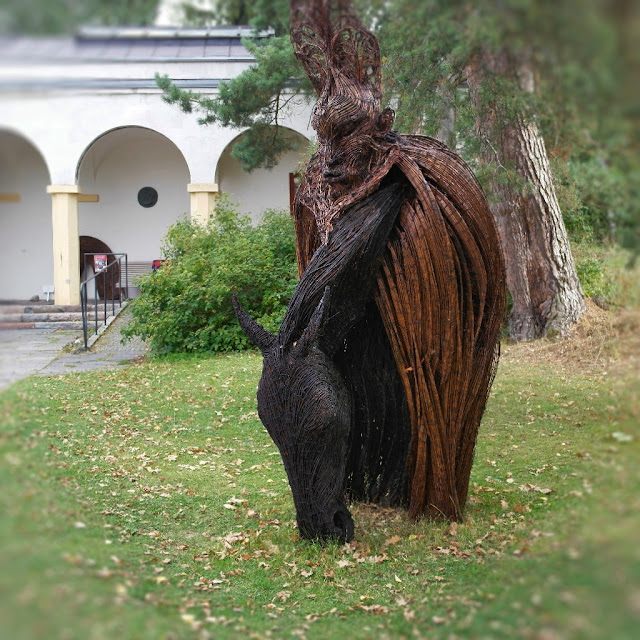 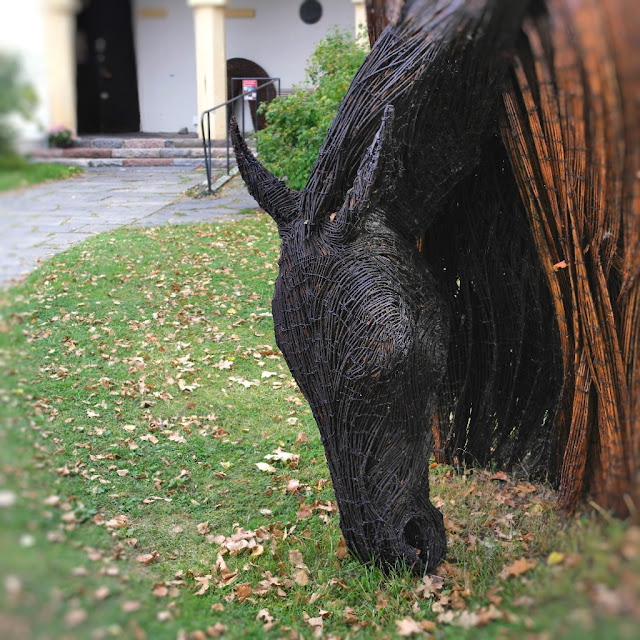 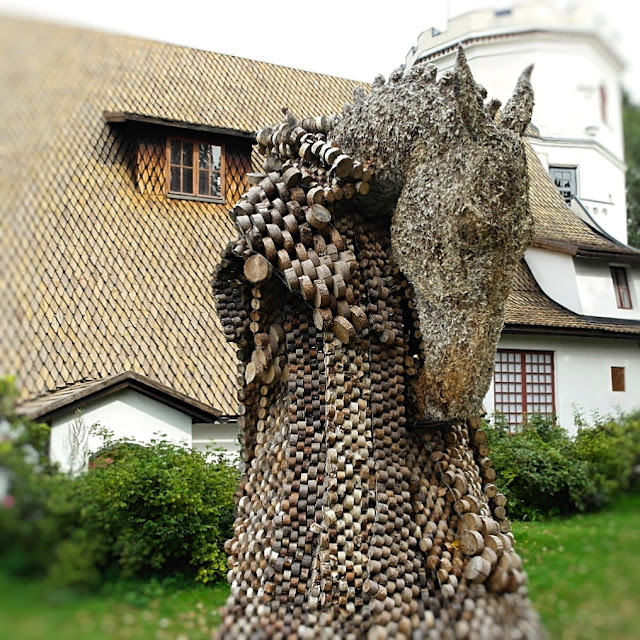 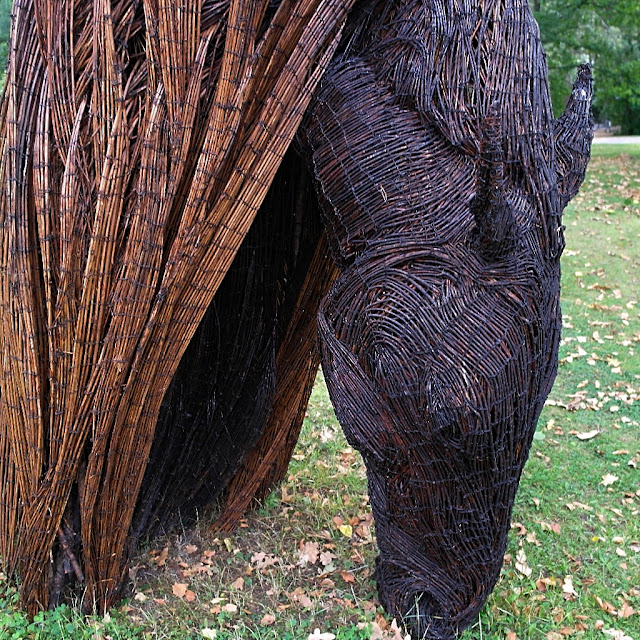 The Swan of Tuonela by Jean Sibelius 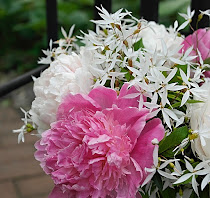 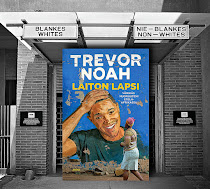 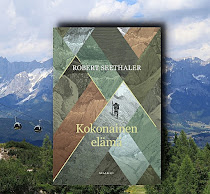 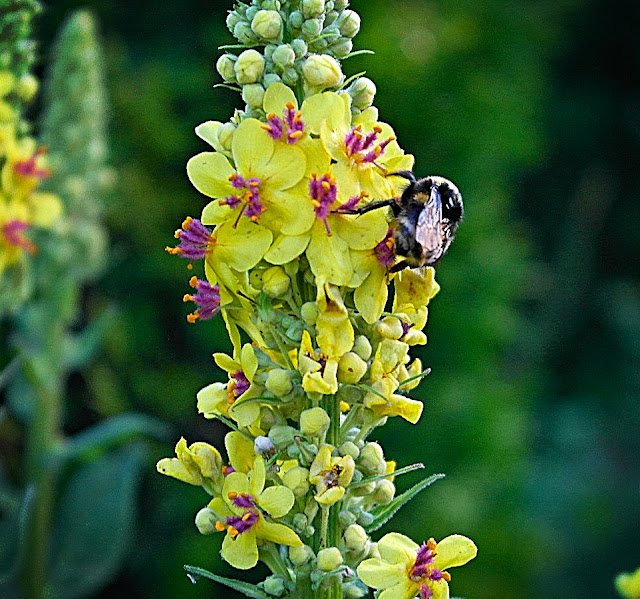