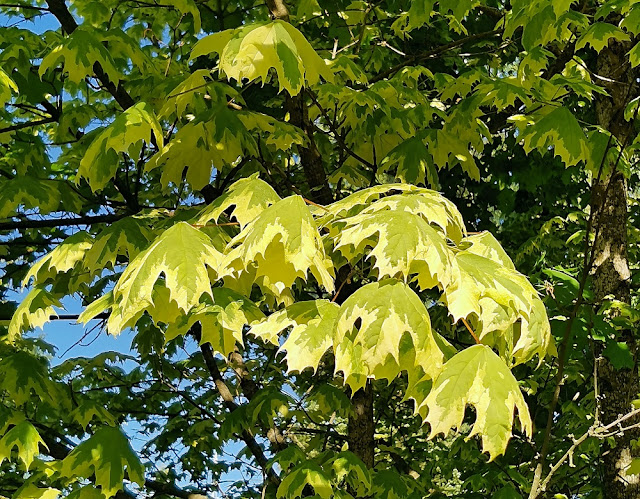 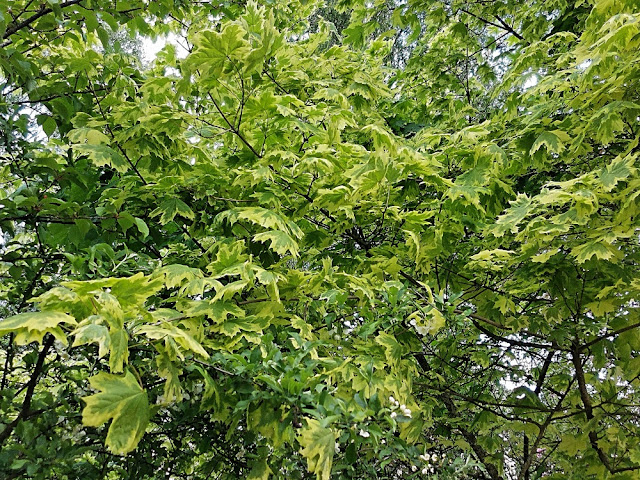 My blog friend Astrid has this linkup Mein Freund der Baum  / Tree, my Friend.
New linkup opens on the last Sunday of the month.
The site Borealforest.org says about Finland the following - plus a lot of information about our forests:
"Finland is Europe's most heavily-forested country.  Forests cover 23 million hectares or 74.2% of the land area. In Europe, Finland is a "forest giant", there being over sixteen times more forest per capita than in European countries on average. Finland's forests have been intensively harvested over the last few decades. Despite the loss of land after the last wars, its forest reserves are now greater than ever before in the 20th century, and they are continuing to grow."
We Finns love our forests and trees, so I have no greater worries, not yet. This beautiful Variegated Norway Maple - Acer platanoides ’Drummondii’ grows in a neighbour’s garden. The photos were taken in early summer and I leave you some information found online:
"An unusual and interesting variety that makes a great landscape focal point; a dense shade tree known for a well shaped crown and straight trunk; green and white foliage changes to yellow with a tinge of pink in the fall. Drummondii is a medium-sized, deciduous tree to around 15m tall with a dense, rounded crown. Its deeply-lobed, variegated leaves have a green centre and broad, creamy-white margins. Clusters of yellow flowers open on the bare stems in spring before the leaves appear." 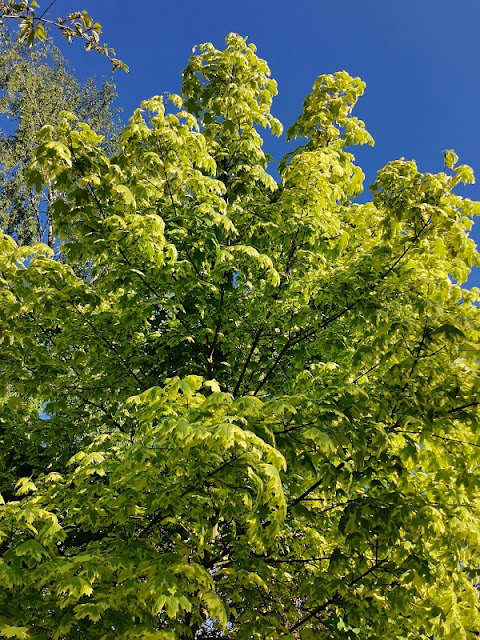 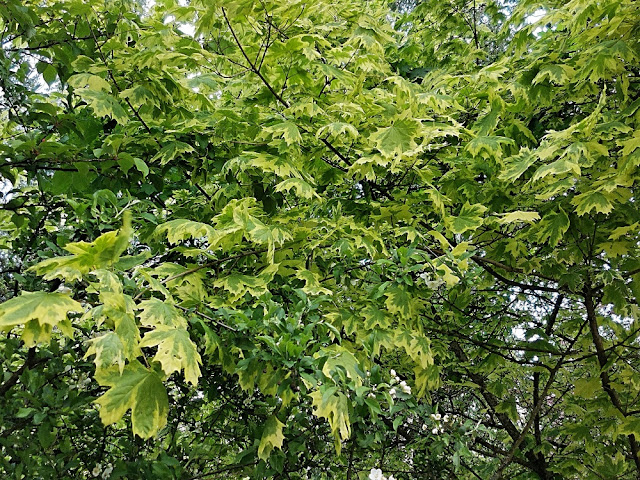 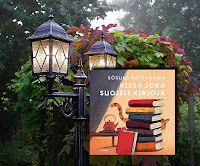 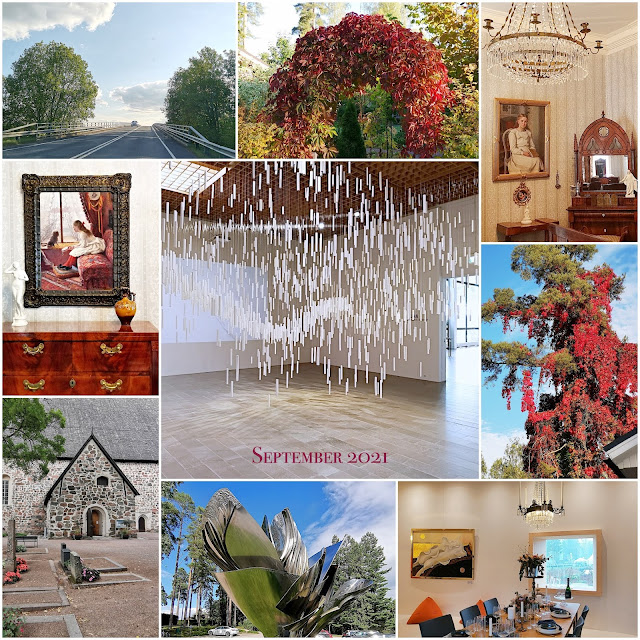