Maggie from the blog Normandy Life inspired me to send a postcard from Finland,
as did Nick V from Australia.
And it would not be me if the idea didn’t go a bit further.
So I’ll send you two BIG postcards with some facts about my northern home country.
This is not a history lesson, only to give you some fun info. 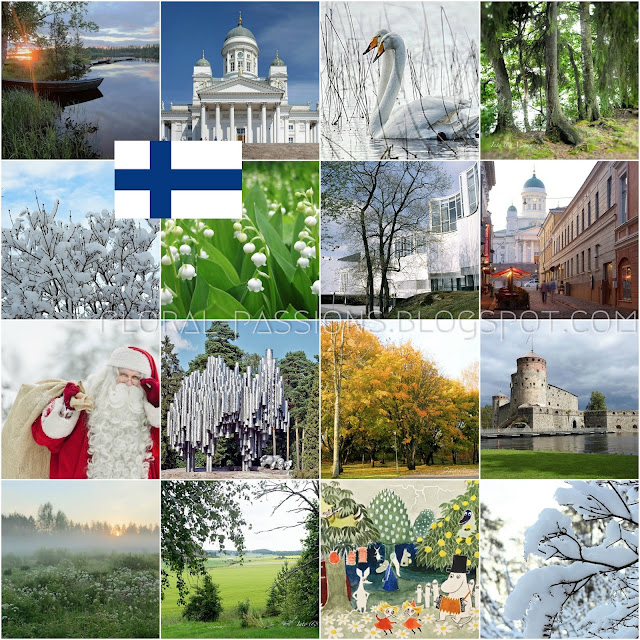 The Finnish language is one of the most challenging languages in the world.
It’s no wonder, when a noun can have over 200 forms or when one of the longest words is epäjärjestelmällistyttämättömyydellänsäkään!
Google translator went dumb but this means something like this:
She is a person who has a habit of using disorder and chaos,
but not even that was of help!

Finland is a long country. From the southern Hanko to Utsjoki Lapland
the distance is more than 1300 km.
We have clearly four seasons, pure nature and clean air.
And Santa Claus is really Finnish and lives in Lapland, Korvatunturi.

The whooper swan / Cygnus cygnus is our national bird,
national flower is Convallaria majalis and national animal is the brown bear / Ursus arctos.

The Finnish Design and architecture are world famous.
Maybe you know Alvar Aalto, Tove Jansson & her Moomins, Marimekko,
and Oiva Toikka just to name a few.

Finland’s Rovio Entertainment is the creator of the phone app Angry Birds.

Finland has been a member of the European Union since 1995. 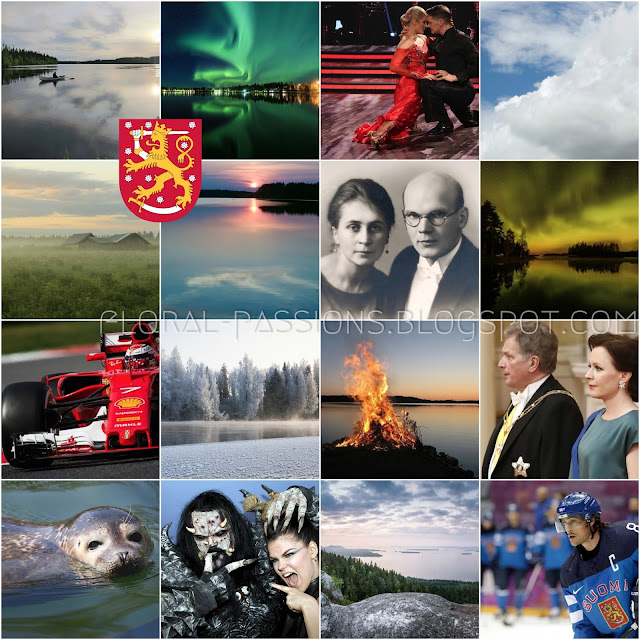 
Finland is THE place to see the Northern Lights. Each year, the Aurora Borealis
appear more than 200 times in the skies above the Finnish Lapland.

The Saimaa ringed seal / Saimaannorppa is a subspecies of ringed seal Pusa hispida.
They are among the most endangered seals in the world, having a total population
of only about 380 individuals.

We love our Formula drivers Kimi Räikkönen and Walter Bottas.
Here I must tell you that the brand new biography of the silent Räikkönen
sold 100 000 copies in a few weeks - and that is a lot in our small market!
Icehockey is our hottest team sport - not football.

Finland has the most heavy metal bands per capita: Children of Bodom, Nightwish
and Eurovision Song Contest winners Lordi.

Far from Buenos Aires, yet we love tango!
Tangophiles travel from all the world to The Seinäjoki Tango Festival in July since 1985.

We have over 3 million saunas and over half a million summer cottages.

We are heavy drinkers, also of coffee: the average Finn consumes 12 kg of coffee a year.

Our long time president Urho Kekkonen was the man who  guided us through
the years of the cold war 1956-1982. The present president is Sauli Niinistö since 2012,
in the photo with his beautiful young wife Jenni Haukio.
They recently hosted the Trump-Putin summit in  Helsinki. 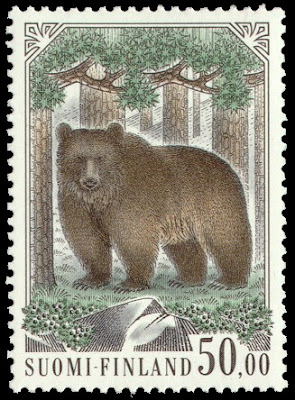 This stamp was released in 1989 when the Finnish mark was still in use.
I wish you enjoyed my postcards from Finland.
- riitta 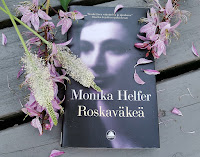 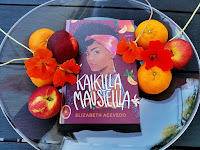 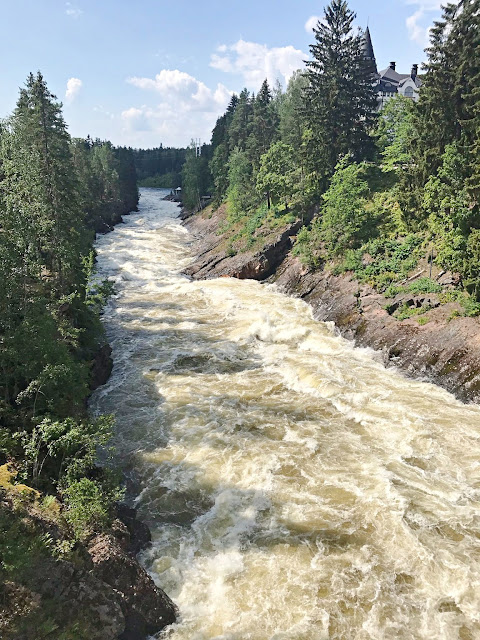