Behind the Scenes - Finnish National Theatre 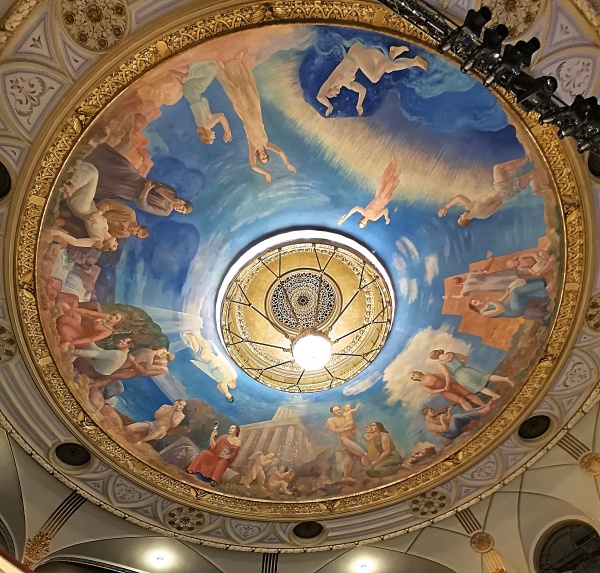 These luxury views are from the Main Stage, nearly 700 seats 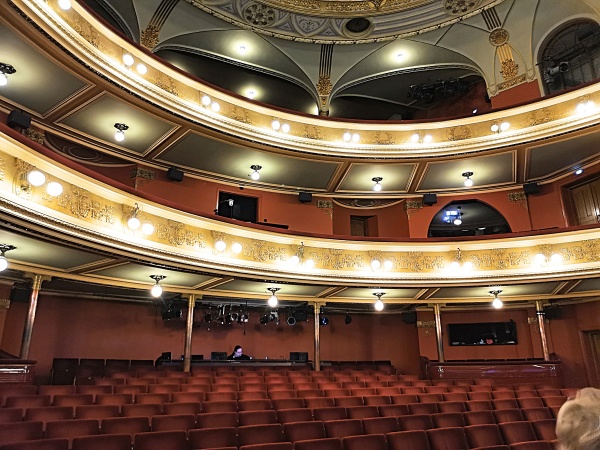 When you go to theatre, you are excited about the upcoming performance and admire the beautiful settings. Usually you don't give a thought to things behind the scenes - how lights and scenes change, who builds and organizes in the background. I had the opportunity to peek behind the scenes of the Finnish National Theatre. We were a small group who toured the backgrounds of all the four scenes and heard about the upcoming construction project that will take some of the performances to contemporary locations.

Renovation of the National Theatre is scheduled to begin this spring. The Small Stage and Willensauna will be evacuated till 2023. During the renovation, the theatre will operate normally on the Main Stage and the Omapohja Studio. 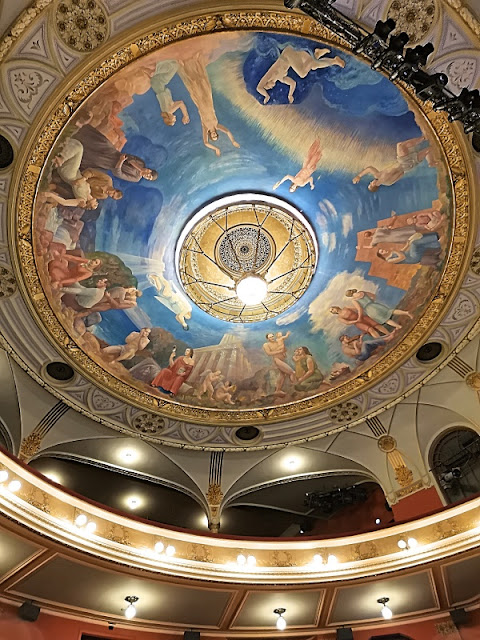 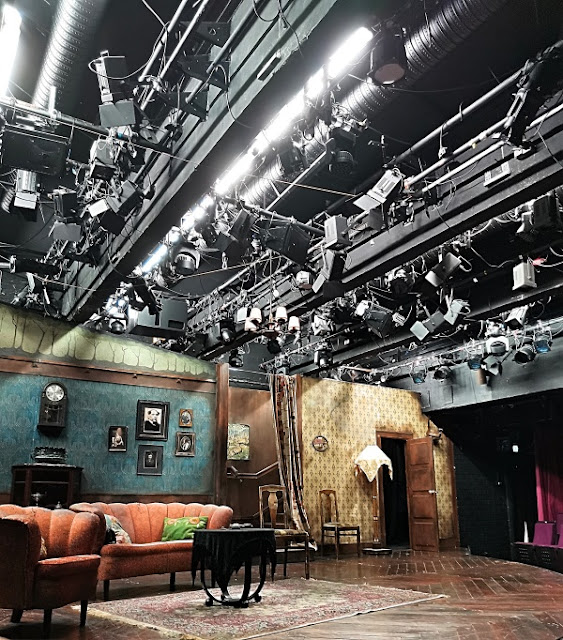 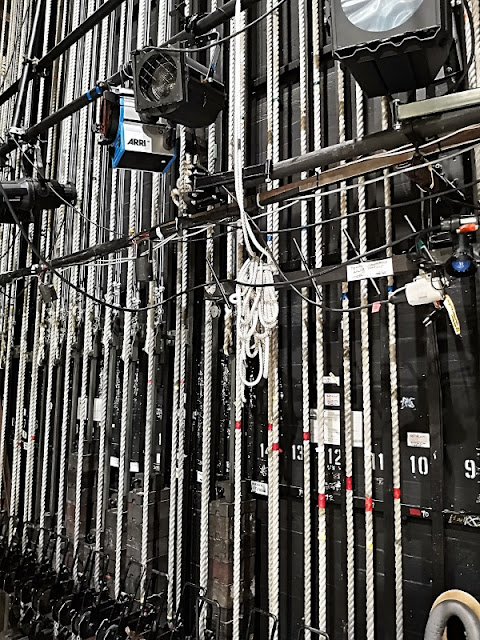 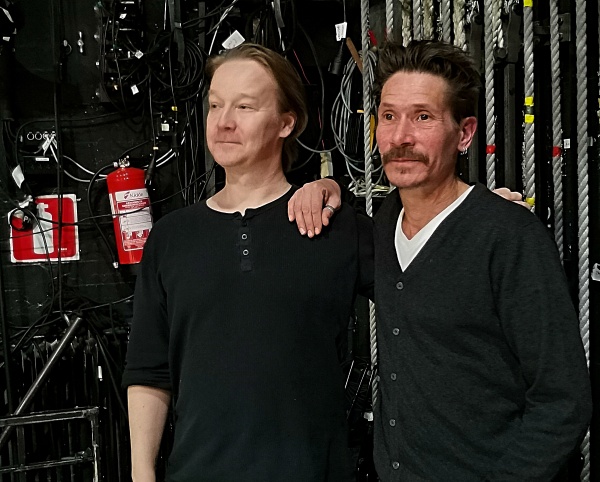 Our group in the labyrinthine and messy narrow gangways and stairs was well guided by stage assistant Tuomas Wellamo, the mustached gentleman in the picture. Thank you! Behind the curtain there was a rattling-looking rope battery, which is manually pulled to raise and lower the prop fabrics. With the renovation, this physical work will change into a push of buttons as almost everything shall be digitized. The spaces were full of stuff, wires, and certainly also dust, not suitable for an asthmatic at all. The actors had to change their outfits in shockingly small corners - but everything seemed to work great and the stage assistants keep an eye on everything. Amazing! 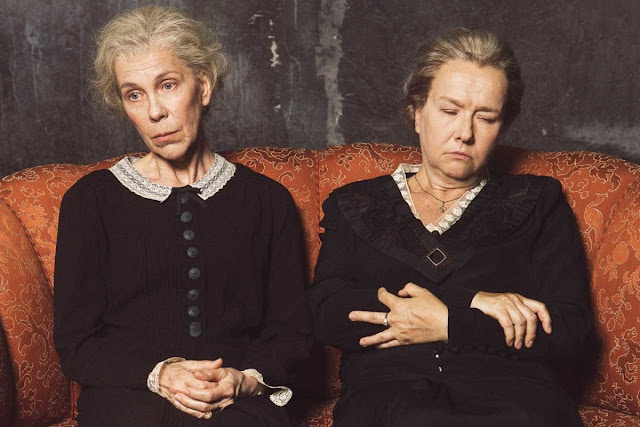 The sisters, Karin Pacius as Kristiina and Paula Siimes as Ulriika - brilliant performances!

Finally, we watched Mika Waltari's classic play Gabriel in Willensauna, which has 154 seats. This comic study of human frailty and vanity dates back to 1945. Two elderly sisters fall prey to the handsome Gabriel’s charms, only to discover he is not what he seems. But despite all his cunning, Gabriel meets his match in the women’s niece, who has her own agenda. This nostalgic, yet ever poignant, comedy was fun and hilarious and the actors were brilliant. Scene photos: Mitro Härkönen 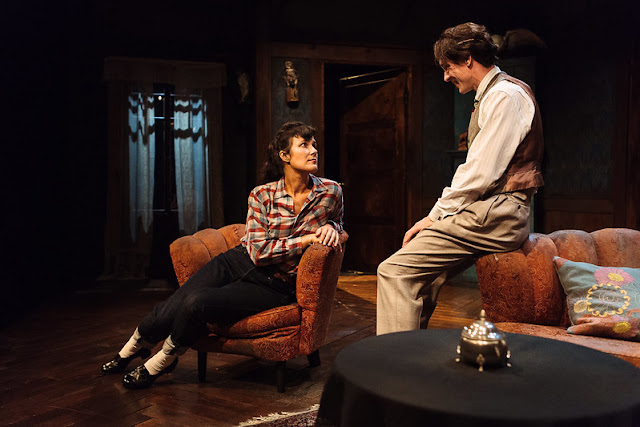 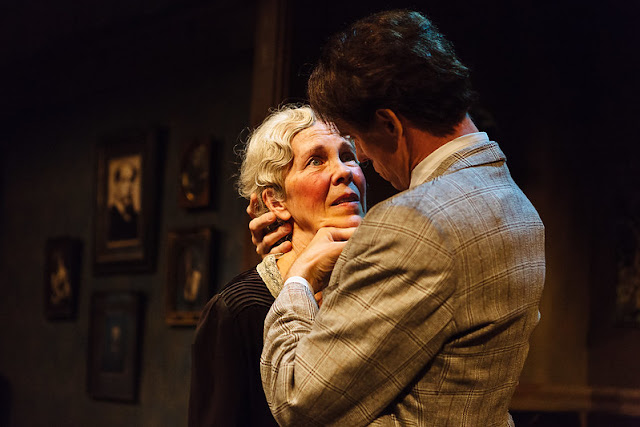 There was plenty of yearning of love! 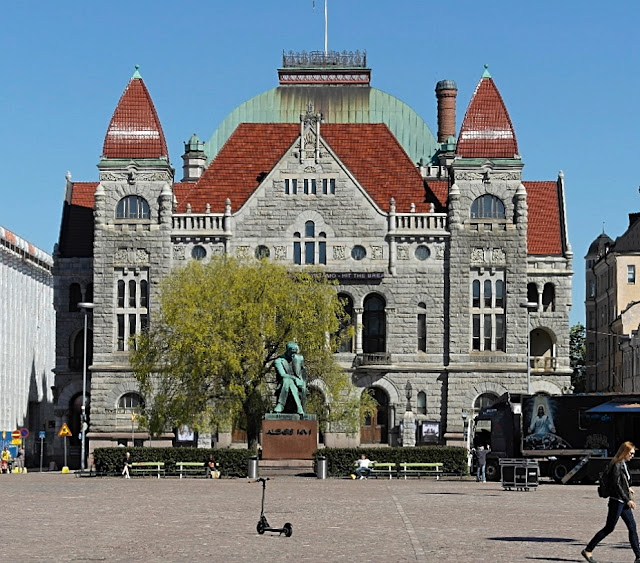 The Finnish National Theatre, founded in 1872, is the oldest Finnish-language professional theatre in the country. and is located besides the Railway Station in the centre. Finland was then part of the Russian Empire, and the country’s intellectual elite was Swedish speaking. Finnish language and art, including theatre, became the cornerstones of a cultural movement which began in the 1860’s and eventually led to national independence in 1917. 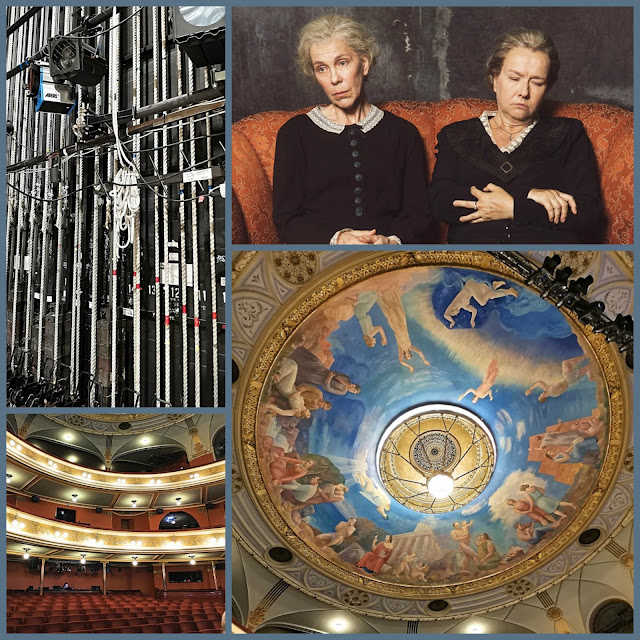 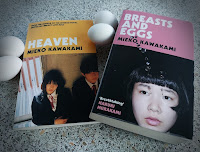 Kawakami is a rising star in the Japanese literature. Breasts and Eggs focuses on the life of working class single women and asks who has the right to have a child. Heaven is a crude & touching story of violent bullying at school. Warmly remommend. 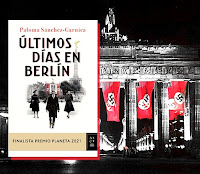 The other finalist of the Premio Planeta won 200.00 euros. The time span is long and the plot great. The story tells about Spanish Russian Yuri Santacruz who is born in Russia but flees from the revolution to Berlin. He falls in love with the spouse of a high nazi officer and puts his life in danger. A great love story in the shadow of Hitler's nazi regime and Stalin's Russia. 5 stars to me. 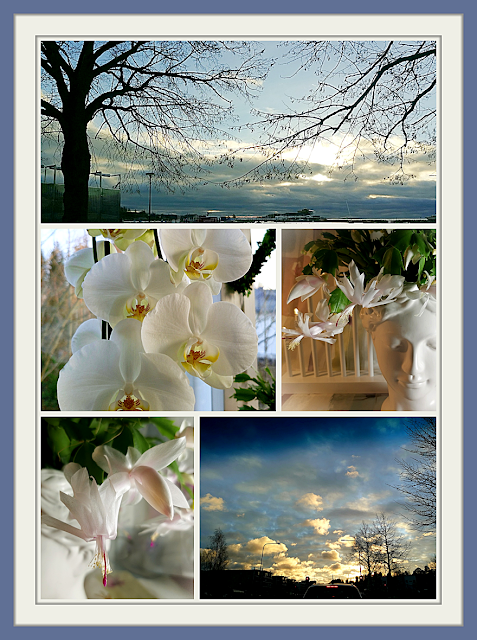