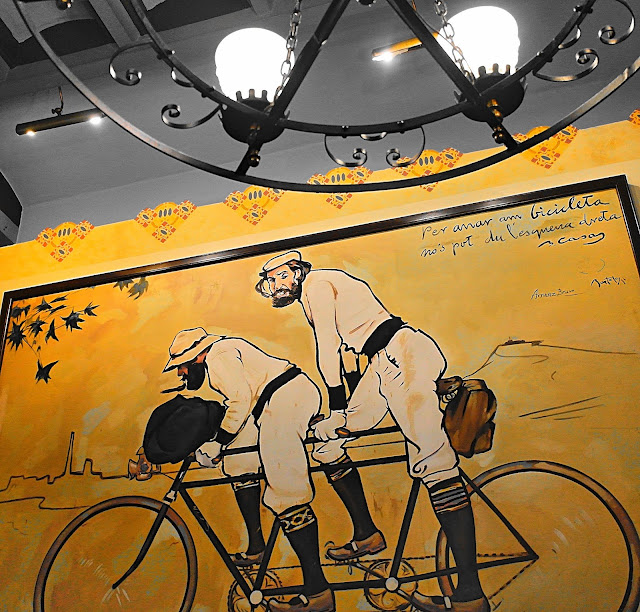 I had an espresso in this historical café. Els Quatre Gats / The Four Cats is a café in Barcelona, that became a popular meeting place for famous artists throughout the modernist period in Catalonia, known as Modernisme. The café opened in 1897 and served as a hostel, bar and cabaret until it eventually became a central meeting point for Barcelona’s most prominent modernist figures, such as Pablo Picasso and Ramon Casas i Carbó. The bar closed due to financial difficulties in June 1903, but was reopened and eventually restored to its original condition in 1989.


In 1899, at 17 years old, Pablo Picasso began frequenting Els Quatre Gats and even held his first solo exhibition in the main room. The poster that now stands on the corner of the street outside the café was designed by Picasso. I do not have a better photo of Picasso's poster, but see this link. There you can see also the wonderful facade of this house. 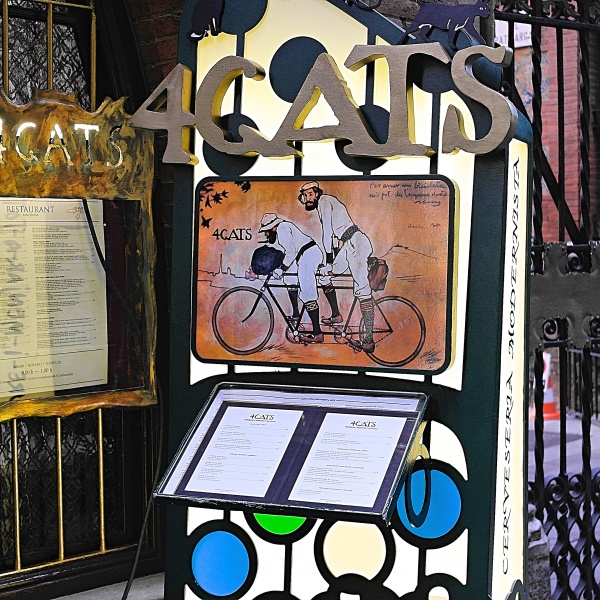 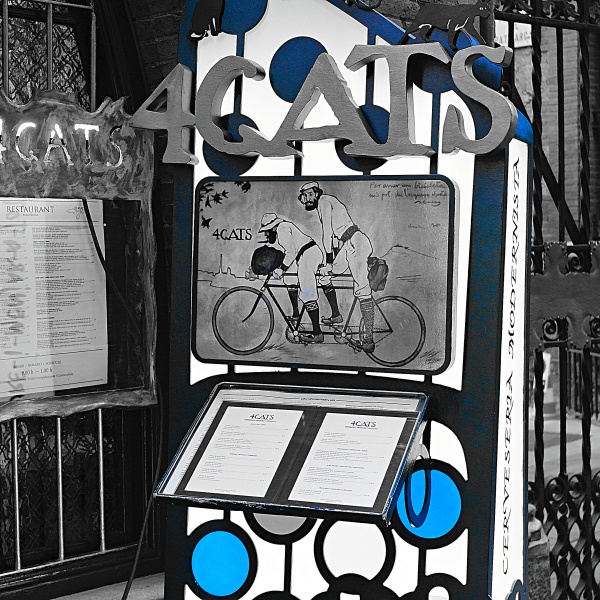 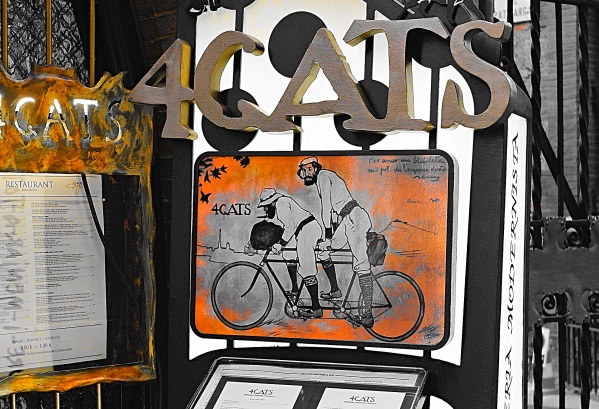 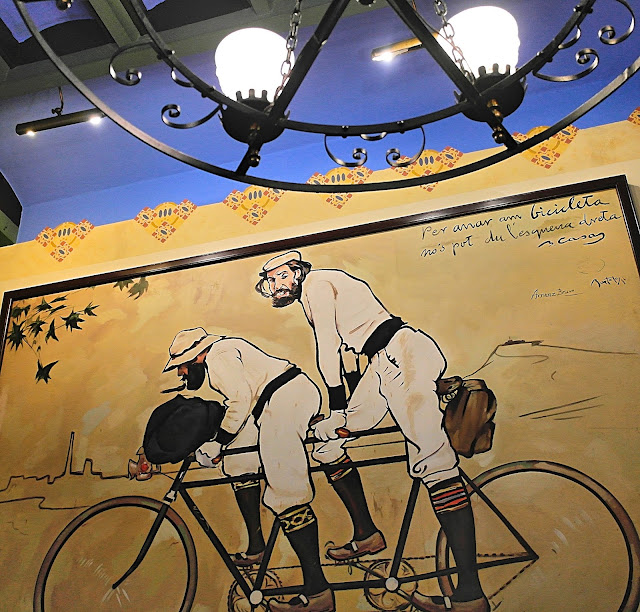 Ramon Casas and Pere Romeu on a Tandem 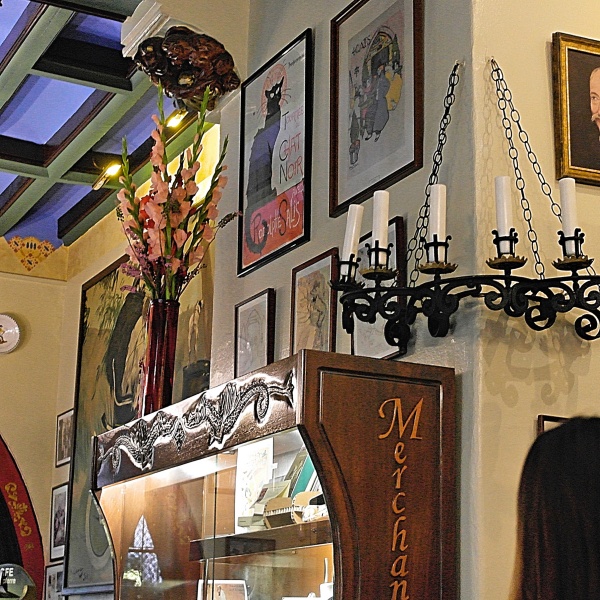 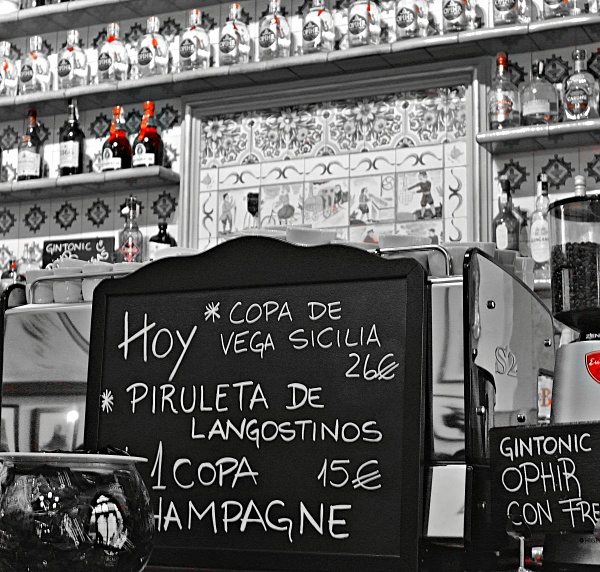 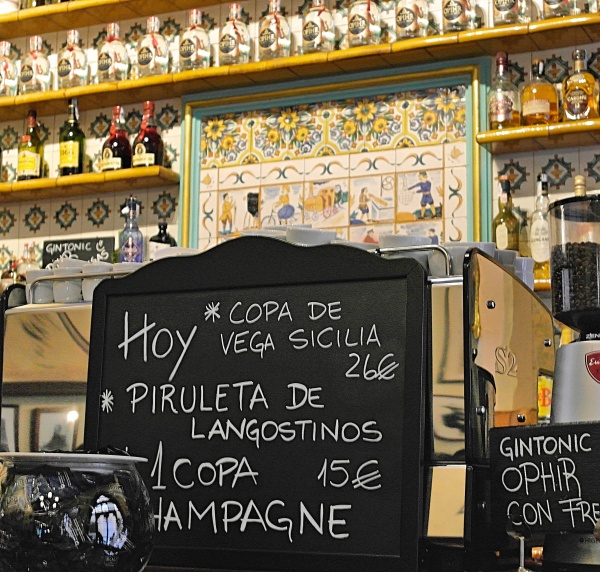 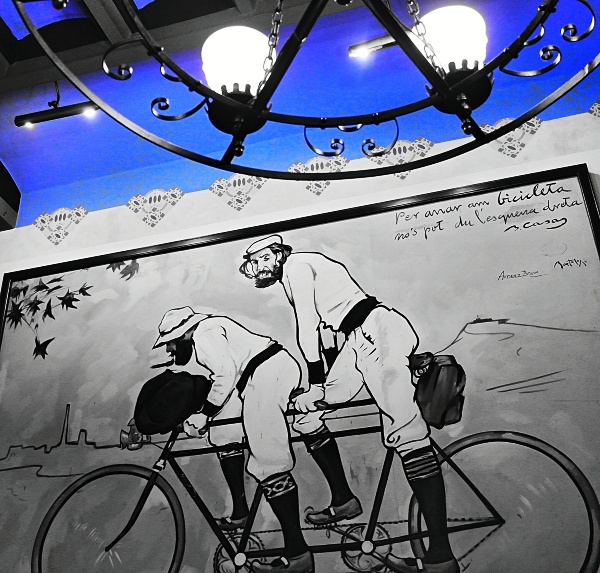 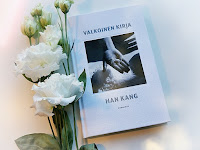 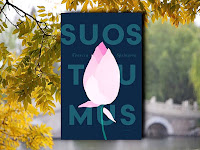 Autofiction from the 1980s. A girl of 14 years falls in love with a famous writer with pedophilic tendencies. The man was 50 years, 36 years older than the girl. Nobody reactioned in front of this sexual abuse.

The theme of Makrotex is SOUND . How to depict sound with a photo? The only idea that came to my mind was silence = no sound at all. On a v... 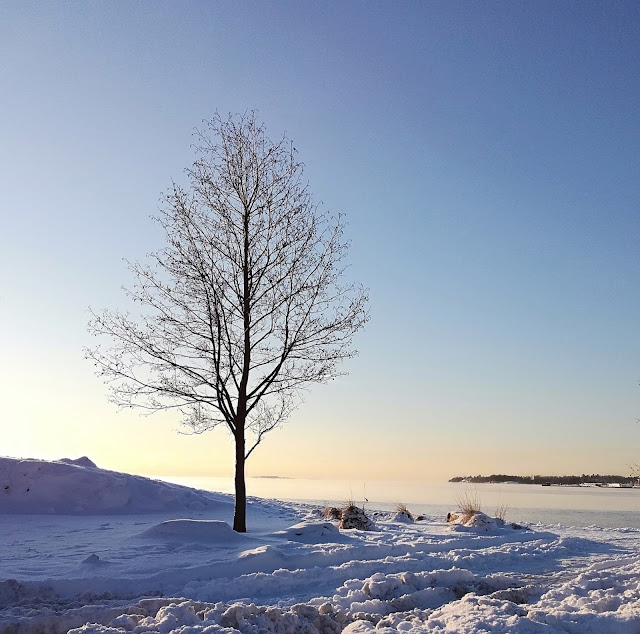