My Correspondent in Dublin 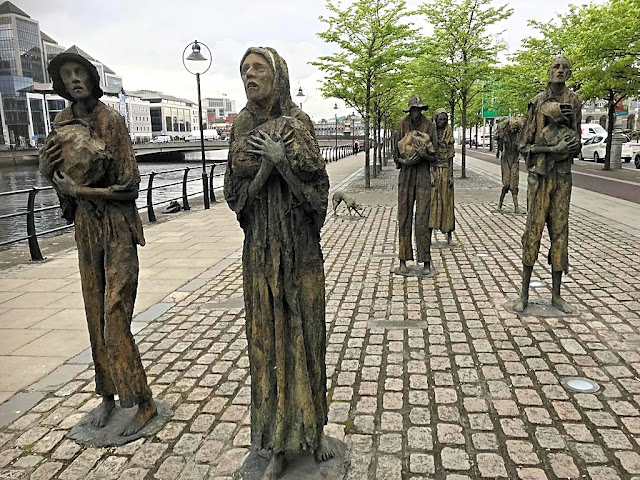 As you know my son is in Ireland, going to Cork Choral Festival with Addictio Chamber Choir.
He sent me a few photos from Dublin that I wish to share with you.
All the information found online.


The Famine statues, in Custom House Quay in the Dublin Docklands, were presented to the City of Dublin in 1997. These statues commemorate the Great Famine of the mid 19th century. During the famine approximately 1 million people died and a million more emigrated from Ireland, causing the island's population to fall by between 20% and 25%.

No event in history has had a more profound effect on Ireland and the worldwide Irish Community than that of the Great Irish Famine (1845-1849). The cause of Famine is blamed on a potato disease commonly known as potato blight. Although blight ravaged potato crops throughout Europe during the 1840s, the impact and human cost in Ireland, where one third of the population was entirely dependent on the potato for food, was exacerbated by a host of political, social and economic factors which remain the subject of historical debate. The statues were designed and crafted by Dublin sculptor Rowan Gillespie 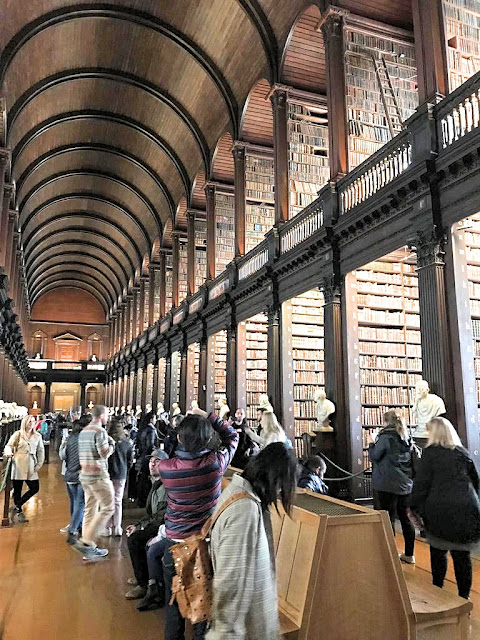 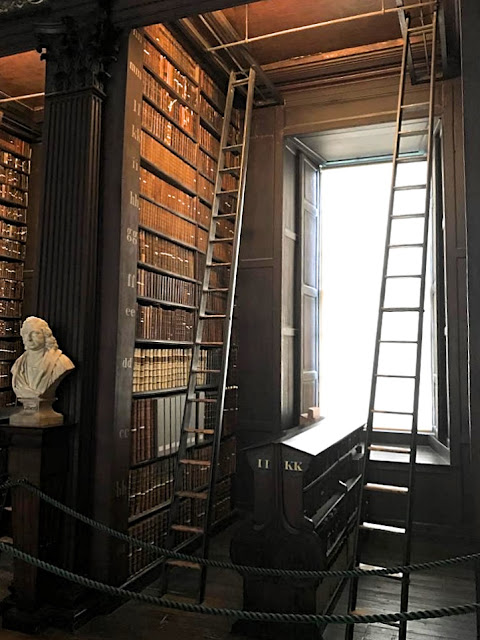 The Library of Trinity College Dublin (Irish: Leabharlann Choláiste na Tríonóide) serves Trinity College and the University of Dublin. It is a legal deposit or "copyright library", which means that publishers in Ireland must deposit a copy of all their publications there, free of charge. The Library is the permanent home to the Brian Boru harp which is a national symbol of Ireland, a copy of 1916 Proclamation of the Irish Republic, and the Book of Kells. 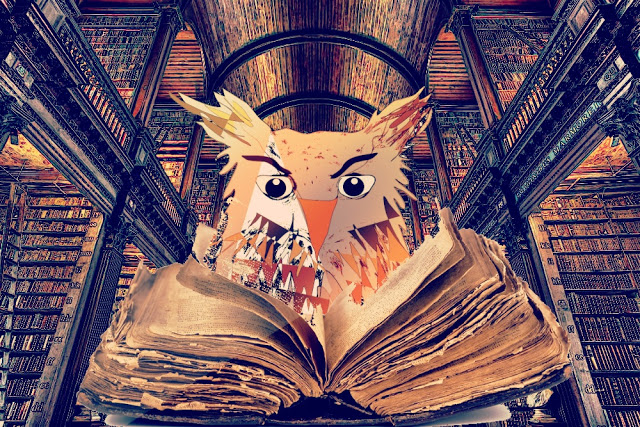 In my art group we had to make a self portrait as an animal.
Here is mine: Trinity College Library at the background and me, an eager reader! 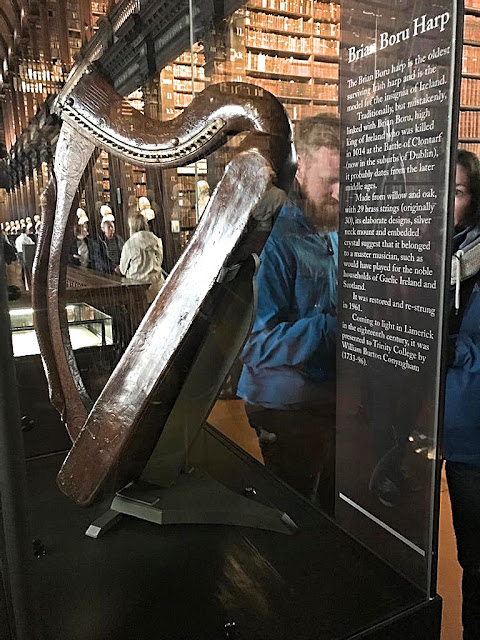 The Brian Boru's harp is a medieval musical instrument on display in the long room at Trinity College Dublin. It is an early Irish harp or wire strung cláirseach. It is dated to the 14th or 15th century and, along with the Queen Mary Harp and the Lamont Harp, is one of the three oldest surviving Gaelic harps. The harp was used as a model for the coat of arms of Ireland. 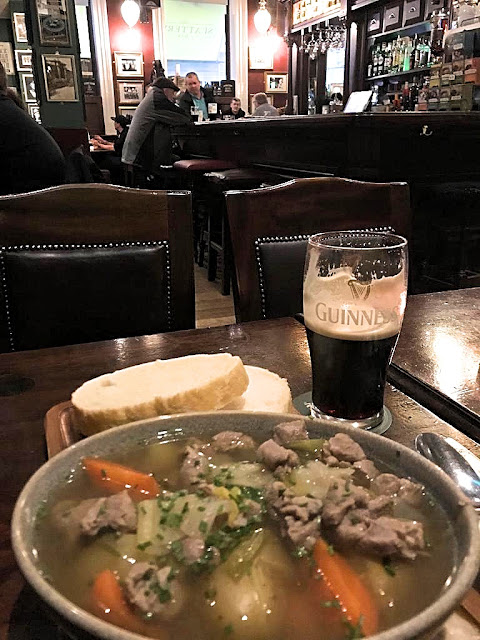 Then he of course had his Guinnes in a Dublin pub!
I don’t have the faintest idea what the dish is called...